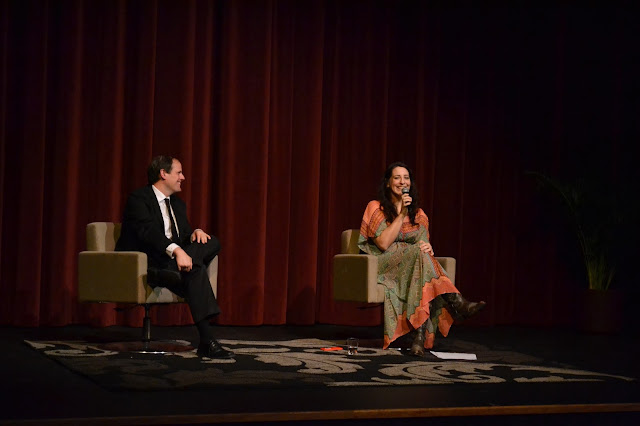 In the year of 3015 in the distant planet of Annville, Pennsylvania, a science fiction writer by the name of Monica Byrne resides with a supernatural species, imagining the world 10 years from now. While living her days as a cyborg, she's explored the depths of science as a futurist. I bet you're wondering if you heard right. Yes, a cyborg! She had a tiny magnet implanted into her finger and can now sense electromagnetic fields. Beat that robots!

From a Bachelors of Arts in biochemistry from Wellesley to a Masters in organic chemistry from MIT to now a full-time writer, Byrne explored her love for writing and drama, realizing that, as she put it, she "thought in terms of metaphor and imagery, and not in terms of data." Dreaming of becoming an astronaut and traveling to Mars, in 2014, her first novel The Girl In The Road was published, granting her prestigious awards such as the James Tipree, Jr. Award. Set in the near-future world in which Africa and India have become global economic powerhouses, The Girl In The Road is a beautifully written, odd tale intertwining narrative full of so many interesting voices. Two stories are told: that of Meena, an Indian girl who decides to make an epic journey on foot across a floating power-generating bridge that crosses the Arabian Sea, and that of Mariama, a girl on a truck traveling eastwards across Africa. She is currently at work on her second novel, The Actual Star. 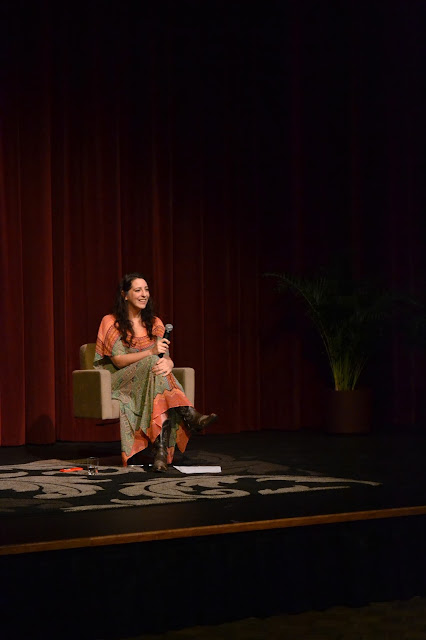 
What was the central idea of The Girl In The Road?
Whether life is worth living. Some think the book says yes. Others think it doesn't. I like that it's ambiguous.

What did you edit out of this book?
Ninety percent of the adverbs.

What was he hardest scene to write?
The ones involving physical violence. I haven't experienced very much, myself, so it's hard to imagine the kind of mental space someone enters, even harder to write it, because it's such a heightened and surreal state.

Why go as far as to learn another language and culture to help with the concept of this book?
Because we live in a pluralistic society. Any immigrant to the U.S. already knows that, and so do most people in the world; they have to learn two or three languages to survive. Any vision of the future has to take global pluralism into account, and so does any author who wants to write those futures.


"We don't need any more dystopian novels. We already live in a dystopian world."

What made you decide to sit down and actually start something?
Haha, honestly, because I had bills to pay, and I didn't want to pay them through day jobs that made me miserable. So I had to write a book that was both commercially viable and true to me.

How do you deal with writer's block? Did you ever get stuck in the process of this book?
I don't really get writer's block. Or, put another way, I get it often, but then just show up and try again. It's like any other job: if you get into a funk, you still need to be at your desk again the next day and work through it.

What literary pilgrimages have you gone on?
I once went to The Eagle and Child pub in Oxford, where C.S. Lewis and J.R.R. Tolkein met to read their works-in-progress aloud to each other. I even found the exact room and the exact corner. I sat there drinking mulled wine and writing for a very, very long time.

Any advice for aspiring writers but find the industry to be intimidating?
Imagine everyone in their underpants. 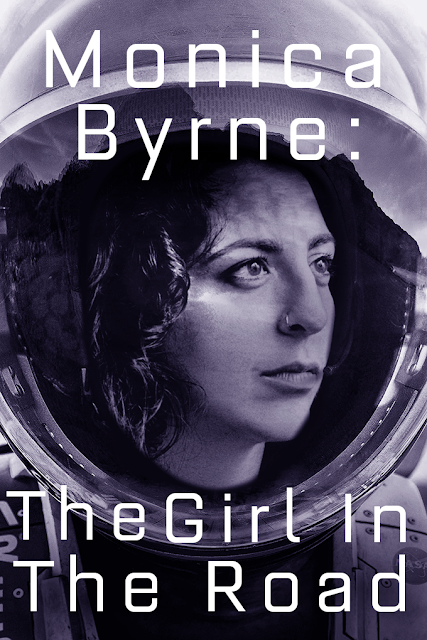 1. What is the first book that made you cry?
The Lion, the Witch, and the Wardrobe.

2. What is your Kryptonite?
Onscreen kissing. Unbearable to watch.

3. If you could tell your younger writing self something, what would it be?
Persist.

4. What was an early experience where you learned that language had power?
When I called my older brother "bastard" when we were playing soccer in the yard and everybody stopped and shook their heads at me slowly and I ran away crying.

5. What's your favorite under-appreciated novel and why?
The Persian Boy by Mary Renault. She's one of the greatest writers of all time but gets ghettoized as "historical fiction."

6. How many unpublished and half-published books/short stories do you have?
Currently one novel in the process, and three stories.

7. Once you finish writing a book, what is the first thing you do?
Try to forget about it.

8. What's the most difficult thing about writing characters from the opposite sex?
Sex is a social construction, so it's not what makes character difficult or not difficult to write about.

9. Do you Google yourself?
Sort of. I have Google alert set up in case anyone writes about me or my work.

10. You chose to purse a career in writing over biochemistry and organic geochemistry. What was the first thought on your decision?
"Thank God I'm finally letting myself do what I love."

12. What draws you to the sci-fi genre?
It's the literature of the future, and therefore the most activist kind of fiction. It literally imagines new worlds.

13. If you could collaborate with one writer, dead or alive, who would it be?
Cory McAbee.

14. What is the hardest thing about writing? What is the easiest?
Hardest: first drafts
Easiest: shower daydreaming

15. For your own reading, do you prefer ebooks or traditional paperback books?
No preference. I always carry both in my satchel.

16. Where do you see yourself in 5 years time?
South India

17. If you could have been the original author of any book, what would it have been and why?
Mating by Norman Rush. He transcribed the inner monologue I never knew I had.

18. If you could be any character of any book, who would it be?
Lucy Pevensie of the Narnia Chronicles.

Popular posts from this blog

A Story-Filled Career: An Interview with Savanna Polasek '18 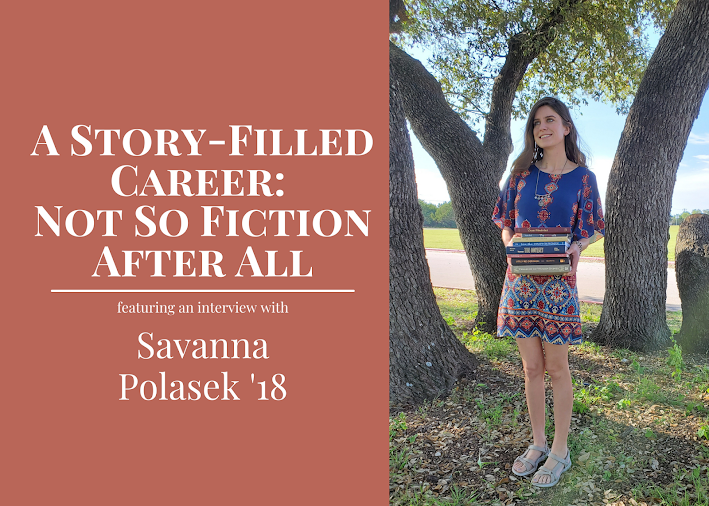 Savanna Polasek ‘18 discusses her journey to becoming a Marketing and Communications Specialist, Freelance Writer, and Entrepreneur after graduating with an English degree from Texas A&M.  One statewide non-profit, 81 program locations, 9 different social media accounts, and a memoir-writing business on the side—all components that make up the daily life of Savanna Polasek, a former English student who graduated from Texas A&M in 2018. In her current role as a Marketing and Communications Specialist at Upbring, a nonprofit dedicated to breaking the cycle of child abuse in Texas, Polasek gets to do what she’s always wanted to do: write. “I knew that there were stories as a very little kid, and I loved them. Then, I found out that somebody was writing the stories, and then, I wanted to be a writer,” Polasek said. To pursue her dream, Polasek completed the creative writing track during her time as an English major at Texas A&M. She said the coursework she took trained her in v
Read more 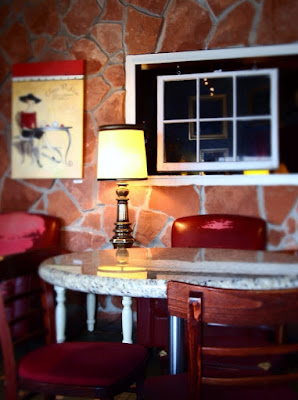 As college students, we are always searching for a new place to study or get some work done. Texas A&M’s campus is great, but the libraries can get pretty monotonous. With finals around the corner, it seemed that an updated list of the best study spots was necessary! Sweet Eugene's House Of Java A personal favorite for most of the College Station area, Sweet Euguene’s provides a great cup of coffee and an eclectic atmosphere. Get here early! The tables and couches fill up fast. P.S. try the blueberry donuts!    Lupa's Coffee Another popular coffee spot, Lupa’s is a great study space! From small to large tables and a few cozy couches, you’re bound to find a seat here. They also have tables outside if everything else has filled up!  Minuti If you're a fan of Italian coffee, this is the place for you! Minuti has a large amount of small tables for studying. If you're interested in a study break, try the gelato! The
Read more

Not Every Editor Lives in New York City: An Interview with Marissa Madsen '13 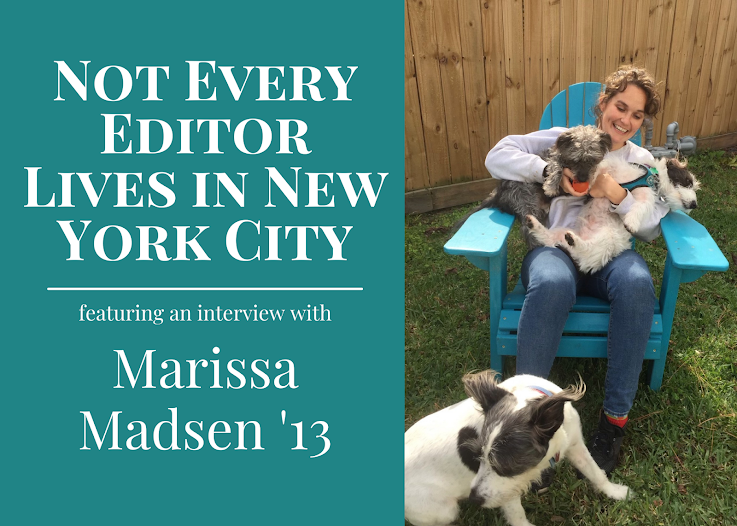 Former Aggie Marissa Madsen, Class of ‘13, talks about her career as a Senior Medical Editor in Houston, Texas, and how the Professional Writing Certificate got her to where she is today. Sitting with her three 15-pound furry “coworkers,” Floki, Odin and Juniper, Marissa Madsen prepares for her workday and pulls up her latest project. As a Senior Medical Editor at Syneos Health in Houston, Texas, Madsen is used to fast-paced, high energy days where she edits and reviews multiple documents. As a Class of ‘13 Aggie, the former English major and Professional Writing Certificate recipient regularly uses the skills she learned during her time at Texas A&M in her job today. At the beginning of her career, Madsen started working as an unpaid editorial intern for a nonprofit organization with two academic journals. She soon became Editorial Coordinator of those two journals after being promoted to a full-time position. She eventually moved to a different academic publication in Texas A&
Read more